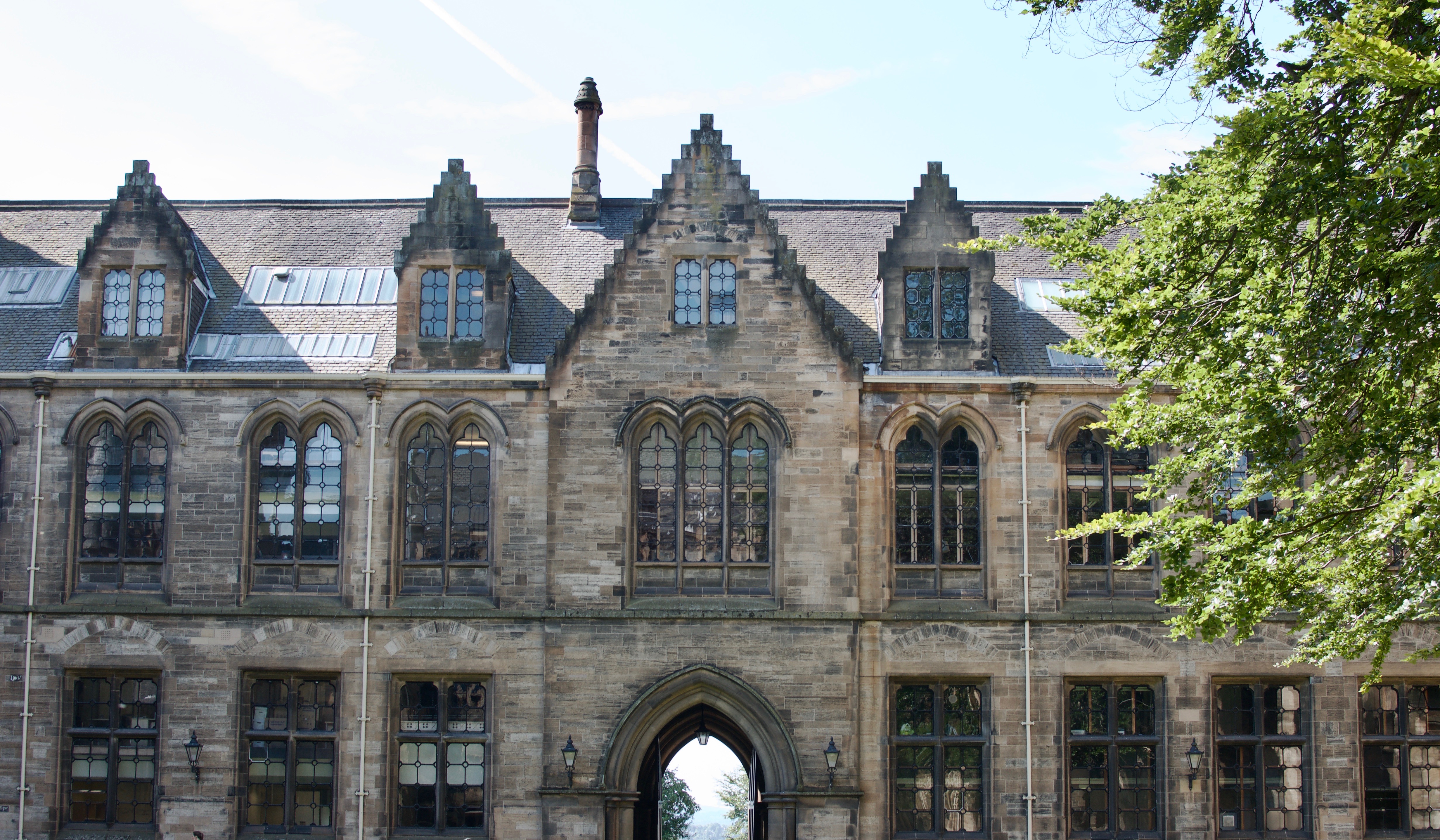 What is the perfect exhaustion remedy after a crazy introduction to Europe? (in Edinburgh: see previous post here) More fast-paced truthful travel, of course, taking in Great Britain sights.

Glasgow, Bath and Cornwall were amazing, each in their own ways. We decided to add these three stops to our trip for various reasons. Most important was Cornwall, which is where my family (my grandmother) is from.

For a full itinerary of my time in the UK, check out my post UK In 4 Days!

The days were filled with hours and hours of driving in a car where we had now mastered the intricacies involved in left-side driving. They were of course also filled with many questionable, embarrassing and delightful moments.

Walking out to St. Michael’s Mount, a castle accessible by a walking bridge during low tide (The website has a cool timelapse of the tide coming in and the bridge disappearing!)

Commit to your bravery

We spent our time in Glasgow mainly around the university. We found a place to grab breakfast before touring around, and were super excited to order a big “British” breakfast. The menu had an option with everything we wanted: eggs, toast, sausages, beans, and mushrooms. It also had something called “black pudding” which Adrian asked to substitute with something else. Hmm. I had heard of this dish before, and I knew it was something strange, but for the life of me I could not remember what it was. Embarrassed to be in the country of my ancestors and not know what a certain delicacy was, I assured Adrian I knew what it was and that I wanted it.

When the food came, it resembled a very burnt round sausage. Cool. I resigned myself to just getting on with it and eating whatever it was. It had a very strange taste. It was not awful, but it was not really something I enjoyed. A few minutes later my bravery wore off and I confessed I had no idea what I was slowly and cautiously chewing in my mouth. I found out from that it was blood sausage. Well. Not exactly what I was hoping for to start off my day. The rest of it remained uneaten on my plate.

That morning I realized that sometimes it is just better to not question what you are eating until after you have finished it. It was not something awful, just something different. Yet as soon as I realized what it was, that was it for me. What’s the truthful travel lesson? Once you decide to be brave, see it through until the experience is complete. Finish the damn blood pudding, or whatever it is, and then you can question or regret your choices.

Look before you speak

We spent the morning walking around the University of Glasgow grounds. Built in 1451, the many buildings were apparently a huge style inspiration to Hogwarts on the big screen. This is one of Great Britain’s famous sights. Still giddy with all things Scottish, I was excited to hear people speak, buy University apparel, and take in the amazing history. As we were touring, I heard bagpipes off in the distance. SO excited, I started walking faster and faster, following their sound. A church! And music!  I instantly thought it must be a wedding! How exciting!! I was still coming down from my own wedding high, still had my wedding-colored glasses on, and thought to myself “My wedding would have been EVEN better with bagpipes.”

Almost running at this point, I was getting closer and closer. I told Adrian they were bagpipes at a wedding, but someone other than Adrian replied. And they did not sound as excited as I did. It was someone who was working the event, and he informed me in a very British no nonsense way that it was actually a funeral. That changed my mood super fast. I stopped prancing giddily towards the event, and put my head down as we passed the church where mourners dressed in black were walking up the steps. Oops.

Your GPS probably understands the area better than you do

We did a whole lot of driving during those few days, especially on the day where we drove to and ventured around Cornwall. The roads were empty and fairly easy to navigate, until we got to St. Ives.

St. Ives is a seaside town on the North side of the Cornwall peninsula, famous for its beautiful beaches. Following the GPS to a supposed parking lot, we got a little bit lost. Instead of rerouting, our logic was that the beach was at the end of all the roads. If we kept following roads down the hills, we would make it!

The reality was that roads started getting smaller, small enough that only one car could pass through at a time in two-way traffic. Pedestrians hauling their beach gear lined the roads, and some were so close they were actually touching our car as they passed on all possible sides. We were enveloped by tourists, unable to see if other cars were coming, and had nowhere to go. We sat at one intersection for at least five minutes before clearing a path through all the people and cars. When we got moving, we quickly realized turning right and then right again to get back up the hill was not going to be an option, as many of the roads closest to the beach were actually one-way roads.

It took us awhile, but we made it back to the top of that hill, and found some parking that was definitely not the lot our GPS had initially routed us to. Our nerves were a bit frayed and we committed to following the lead of the GPS from then on.

Tavistock Paris Church, located near where my grandmother grew up

Tavistock, Marazion, and Bath are not on the list of the more touristy Great Britain sights. They were also nothing like we had imagined. I toured around the town where my grandmother was born, and we became happily lost trying to find the house she grew up in. With only an old picture to identify it, we stopped at various residences and talked to locals. While we never found the actual house, talking to all sorts of people was an adventure in itself. We drank beer and wine in a quiet little pub in the town of Bath, and then walked a whole ten minutes down old, quiet streets back to our AirBnB. We stumbled upon rundown ruins of some sort in the middle of Cornwall, and explored them without anyone else around, shrouded in a mysterious fog, forgetting the rain around us.

The big cities are nice, and the big tours show you amazing Great Britain sights. But it’s also fun to forge a new path, and to discover something so unknown it feels like a secret that you have discovered.

The original cloisters of the old abbey in Tavistock, built in 981!!!

Our days were filled with a lot more than just crazy food, mortifying encounters, and getting lost. We relaxed in a spa created in the style of the old Roman baths and we trekked to a castle located on an island. Those moments were amazing, but it’s the moments you don’t plan for that are the ones you look back on the most fondly. These are the moments that make for the best kind of travel: truthful travel.

Walking to the island at St. Michael’s Mount

We had some yummy fish & chips, and lovely conversations with the people in the restaurant at The Tudor Chippy

Bath Abbey. We were unable to take pictures at Thermae Bath Spa, but you can find the beautiful setting here