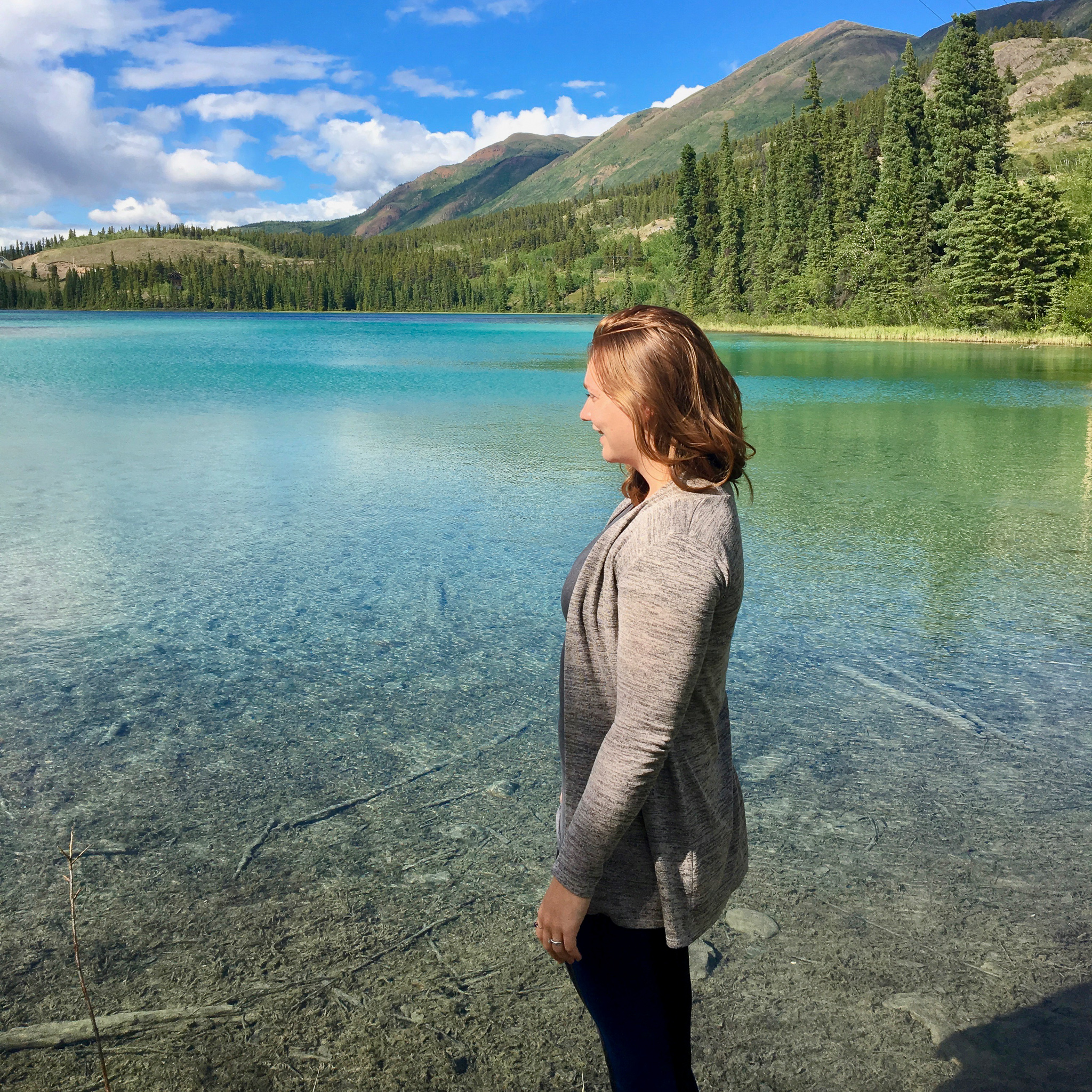 The Yukon embodies Canada perfectly. It is vast and wild. It is filled with the friendliest people you will ever meet. And it is remote. Located in the Northwestern corner of Canada, bordering Alaska to the West, British Columbia to the South and the Northwest Territories to the East, it is no easy feat to get there.

This past Summer I was lucky enough to spend four days exploring what The Yukon had to offer. Although my time there was short, it was filled with the most amazing memories. Our time was spent in three distinct locations, each one different and each one filled with beauty. Whether you are looking for a small city, a surreal mountain experience or a road trip filled with various landscapes, there is something for everyone in The Yukon.

The territory’s biggest city has a population numbering around 25,000. The city center is small, and the real attraction runs right through the city. The Yukon River is what put this area on the map many years ago, during the Klondike Gold Rush.

One cool attraction is the SS Klondike, one of the steamwheelers that carried cargo to and from Whitehorse. You can climb aboard the ship that overlooks the river today, and be transported back in time to the gold rush. One of our favorite things we did while in the Whitehorse area was to visit Miles Canyon. It is a part of the Yukon River that is fast moving, surrounded by deep canyon walls. In the Summer, the Yukon Conservation Society runs free hikes twice a day from Tuesday to Thursday. On our two hour walk we learned about the ecology and history of the area. The walk alongside the river is beautiful!

Looking down at Miles Canyon

One thing I like to do while visiting a place is to support the local economy, buying local made goods and visiting markets. For handmade crafts, yummy food and local produce you can check out Fireweed Community Market, which runs from May to September on Thursday evenings.

On our hike beside Miles Canyon

For more amazing views of Kluane National Park, check out my post on Beautiful Canadian Landscapes

This was the highlight of our trip. Kluane National Park is home to Canada’s tallest mountains, with Mt. Logan topping out at 19,551 feet. Upon research we realized that driving out to the mountains is like only seeing the tip of the iceberg, and upon recommendation we booked a tour on a ski plane with Icefield Discovery. Traveling over the mountains, seeing glaciers, crevasses, and mountain peaks from above was something that I still find indescribable. Although the weather did not cooperate and we did not get a chance to land on the icefield, the views were incredible for the entire hour and a half.

Views surrounding the mountains are amazing too. We drove around Kluane Lake and later visited Kathleen Lake, both of which have beautiful mountain backdrops. Our time in this area ended with a salmon bake at Haines Junction, which gave us a true feel for the sense of community in The Yukon. Everyone sat together at picnic tables listening to live music and eating fresh grilled salmon and yummy sides!

View of Kluane National Park mountains from the highway

Initially we did not plan on going on the ski plane tour, mainly because of the extravagant cost. It is worth saving up for! There is no other way in which you will see the extent of Kluane National Park, as there are no roads that travel through the park and the views you get from the highway do not even begin to compare. It is a once-in-a-lifetime experience to see such a fragile area, with glaciers that are receding at a rapid rate as of lately.

Aerial view of the mountains. You can see avalanche paths coming down this mountain!

This area of The Yukon is filled with lakes and beautiful scenery. We traveled down the Klondike Highway leaving from Whitehorse. Some of our favorite stops on the way to Carcross included Emerald Lake and the Carcross Desert. If you are visiting Emerald Lake, hope for sun! The vibrant colors of the lake only appear when the sun is out. The Carcross Desert is the world’s smallest desert, the remains of a glacial lake left after the last Ice Age.

Carcross is a beautiful tiny town. It is home to the Carcross/Tagish First Nations, and their culture is prevalent throughout the town. Buildings are painted with murals, totem poles stand tall and statues of orcas and other animals local to this region of the world are scattered throughout.

Views driving on the highway past Carcross

Traveling past Carcross, we headed on towards the border of The Yukon and British Columbia. As we traveled further, the mountain ranges became higher and more snow-capped. Our day ended by staying in a traditional Mongolian yurt overlooking a lake. The views were incredible, and since the sun doesn’t completely set during the Summer months in The Yukon, we were able to stay out late and capture some beautiful shots of the scenery.

Our yurt, and the view!

Is glamping your thing? Check out my review of the yurts at Camp Olowalu in Maui

Yukon is bear country. Estimates put the grizzly population at 6000-7000, and the black bear population at around 10,000. That’s almost as much as the population of Whitehorse! Bears can be found on any trail, on the side of the highway or even sometimes in Whitehorse. We had three encounters from a distance. The best way to protect yourself is know what to do if you encounter a bear, and carry bear spray. You can pick bear spray up at many different locations in town. A tip I wish I would have known? Ask at the airport when you land if they have any unused canisters. You cannot fly with bear spray, and many tourists (ourselves included) leave it behind at the check-in counters.

The first black bear we encountered, driving down the highway

Spending four days in The Yukon was beautiful, but not enough time. We celebrated Canada Day (Canada’s birthday) at Shipyards Park in Whitehorse, eating cake and watching performances by First Nations groups. Had we had more time, there are many other activities we would have loved to have done. Visiting Dawson City, the center of the gold rush in the North, as well as venturing into Tombstone Territorial Park were high on our list of things we wish we could have seen.

There is no doubt that The Yukon is one of Canada’s most beautiful locations, and one of the few remaining unspoiled locations left in the world. If you’re looking for an exciting new Summer destination, give The Yukon a try. I doubt you’ll regret your choice!

19 Comments on “Three Breathtaking Locations in The Yukon, Canada”