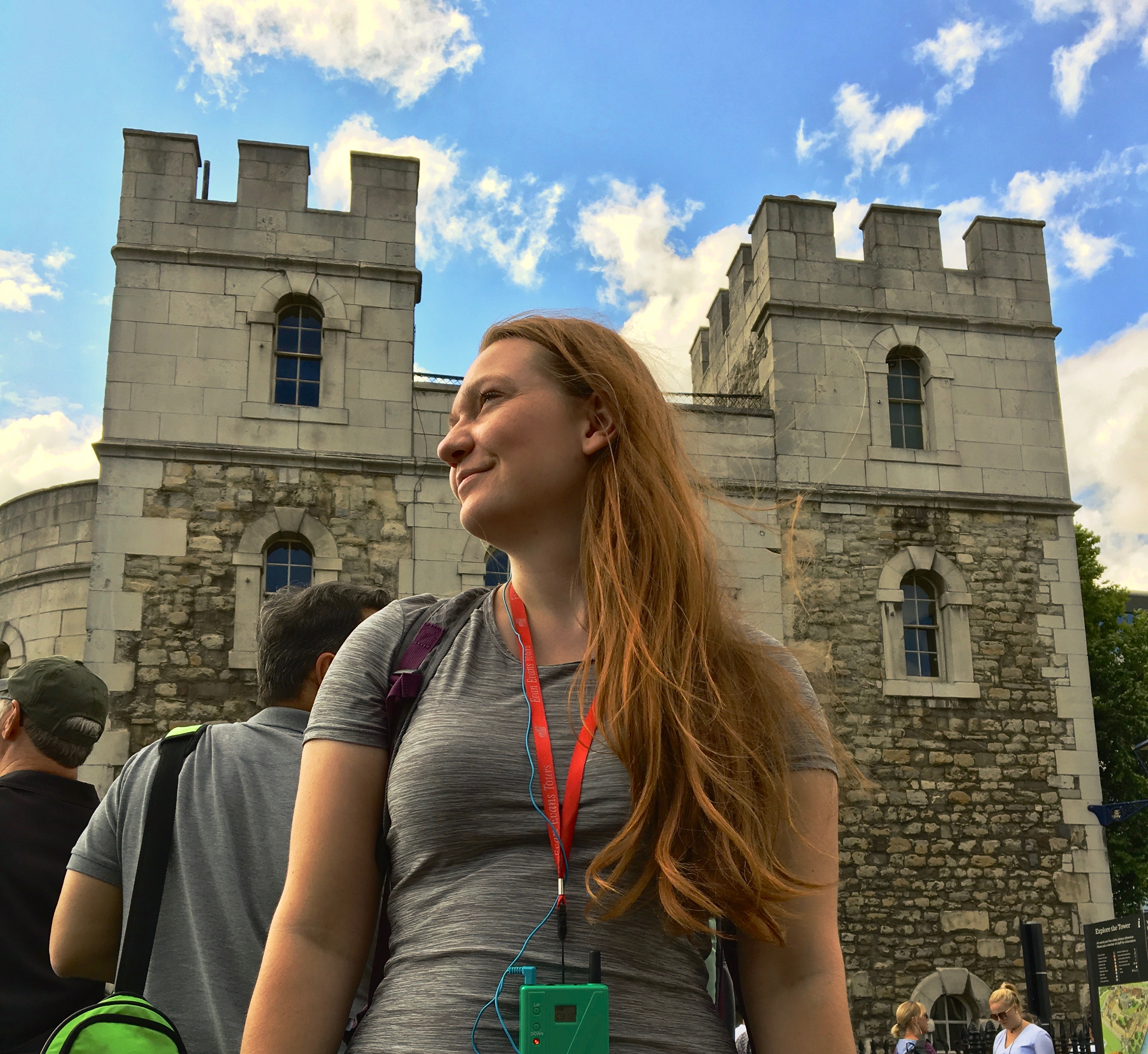 If I could pick one word to describe our adventure in England’s capital, I would definitely choose unlucky. At least it makes for some great truthful travel tips for visiting London!

It was a city where we very meticulously planned to squeeze in as many sights as possible in less than seventy-two hours. However, all of our plans fell apart in quick succession due to circumstances beyond our control.

We had packed our days from morning to evening with tours, and I had an idea in my head about exactly how it was going to go. The rough plan involved touring the city from a double decker bus, visiting Buckingham Palace on the first day it was open to the public for the year, and navigating the underground to get to all of our stops.

None of those things happened. Not a single one.

If there is a city that had the potential to ruin our honeymoon, this was it. Luckily for us, due to quick thinking and a positive attitude we somehow made a memorable few days out of the mess. In the end, we came out of the ordeal with a few of our own tips for visiting london!

Looking for an Itinerary? Check out Two Days in London For First Timers!

It took until Day 3 for this piece of valuable knowledge to be drilled well into our minds. This was not one of the tips for visiting London that came to us very easily. As soon as we arrived in the city we dropped off our well-trusted, upgraded car (story of the car here) in order to avoid navigating the huge city ourselves.

We hopped into a black cab to take us to our Airbnb as it was getting late in the evening. What an experience! It was going well for approximately two minutes before it became clear the driver had no idea where he needed to go. This ride went on for way too many wrong turns, and we vowed to never take the black cabs again.

The next morning we found out the underground in our area was closed temporarily, and it was a far walk to any location (about forty minutes). We spent many frustrated cab rides going nowhere fast in London traffic before we realized walking was the best route, always. First of my tips for visiting London? Unless you are in an emergency or have an inheritance you want to throw away never, ever take a black cab!

Prepare to change your plans

Because we had such a short time in London we had every second packed with excitement. There was no room for error, and no room for changes. The world had other plans for us. We got a call a few days before arriving (while busy touring around Cornwall, read about that adventure here) that our tour on the first day was cancelled. Our double-decker ride and our afternoon tea went straight out the window.

After a lot of back and forth emails with the tour company, we finally got ahold of them the morning of the cancelled tour. We could not get our money back, so we settled on two tours. One would take us to St. Paul’s Cathedral & The Tower of London, and the other in the evening would trace the steps of the infamous Jack the Ripper.  Another one of the important tips for visiting London? Companies cancel tours. Plans change. We had learned this already with the shutdown of the underground station, and we would continue to learn this in our next lesson.

On our last day in the city we had an early morning tour to catch The Changing of the Guards and to visit Buckingham Palace as some of the first visitors of the year! We decided to walk the whole way due to our previous experiences with the black cabs. We started to jog in fear that we would be late. I was recently diagnosed with asthma and was worried, but pressed on. Soon I could feel my airways closing up, and panicked. We were smart enough to slow down and ease me out of the asthma attack with the help of my inhaler, but getting to our tour on time was a lost cause. We were five minutes late, and they would not let us join the tour which had just departed.

I was almost in tears at this point; this would now be our second tour of London we did not get to participate in. Since we were at the location of the Changing of the Guards anyways, we crowded in with the countless other tourists to watch the ceremony. To this day I am not sure what was going on. We spent thirty minutes all looking in the same direction, and occasionally hearing music or have guards march past. Totally not what we signed up for when we booked our tour.

We could not get our money back but they offered a completely different make-up tour for the afternoon. It took a few hours for me to get over, but those few hours were a small price in comparison to the potential outcome. What tips for visiting London did we learn that day? Londoners are strict about time. Missing a tour sucks, especially one that is so unique. But no tour is cool enough to land in a hospital.

Here are the Yeoman warders of the Tower Grounds, affectionately known as “Beefeaters”

Fun fact: There are many different towers in the Tower of London

This tower is famous for a discovery of children’s bones in the 17th century, which are thought to belong to two princes who went missing after being held in this tower in the late 1400s. Read more here

Always expect the worst out of London weather

After I finished my pouting over the fact that so far no tours had worked out in our favor in London, we decided to tour Westminster Abbey. The rain started as soon as we got there. I had forgotten my rain jacket at our Airbnb but figured a light mist would not bother me. By the time we exited the Abbey it was a different story. The heavens had opened up and made it clear that my pretty pink dress, exposed legs and thin cardigan were not going to cut it. We bought a Westminster Abbey umbrella and made our way across the city to our next tour.

The site of Kate Middleton & Prince William’s wedding (which I skipped school to watch) in 2011. Link to a video here!

A walking tour was up next! I was rejuvenated and excited after the awesome time we had at Westminster. That lasted about 15 minutes. As soon as we started walking, it started pouring. Our tour guide pulled us under building awnings for protection every time one was available. I do not remember much about the tour, except that no one was out in London except for us. My comfy walking shoes were ruined, and my socks soaked by the time we made it to our final destination of afternoon tea. By the end of our biscuits and warm drinks I was finally regaining some feeling in my fingers and toes.

Probably the most helpful of all tips for visiting London that you will receive is that the weather, as I found out that day, is unpredictable. It can change pretty fast. Always prepare for rain, and always prepare for cold. This adventure marked the end of our London trip, on a note much wetter and more miserable than expected.

Mid afternoon at Trafalgar Square (Note: The heavens are about to open up and soak everything in sight)

Although we had many unfortunate experiences, we also realized that sometimes the unintentional plans end up being some of your favorite. Our Jack the Ripper tour was amazing, although a very creepy concept. We traveled as a small group through dodgy alleyways and visited the places where police found each and every victim. We ate fish and chips that were made to seem like they were wrapped in newspaper, like they used to do back in that era.

That evening we met up with my husband’s old friends, who he hadn’t seen in years. We spent the night standing outside of a pub drinking together amongst the many other Londoners. I finally felt like I blended in with locals, not sticking out like the tourist I was. A lot of crappy things came out of the many mishaps, but so did a few awesome memories.

What is the overall most important of all tips for visiting London? Travel is rarely what you expect, and almost always messy. London is a beautiful city, with so many charming streets and sights. The stars were just did not align for us there. Maybe one day we will be able to experience tours we plan for, take the underground everywhere, maybe finally make it to Buckingham Palace or at least be ready for the torrential downpours. Until then, we have our hilarious memories and we can share them as in the hopes you use these tips for visiting London!

This tour by Evan & Evans had an awesome guide!

22 Comments on “Tips For Visiting London”