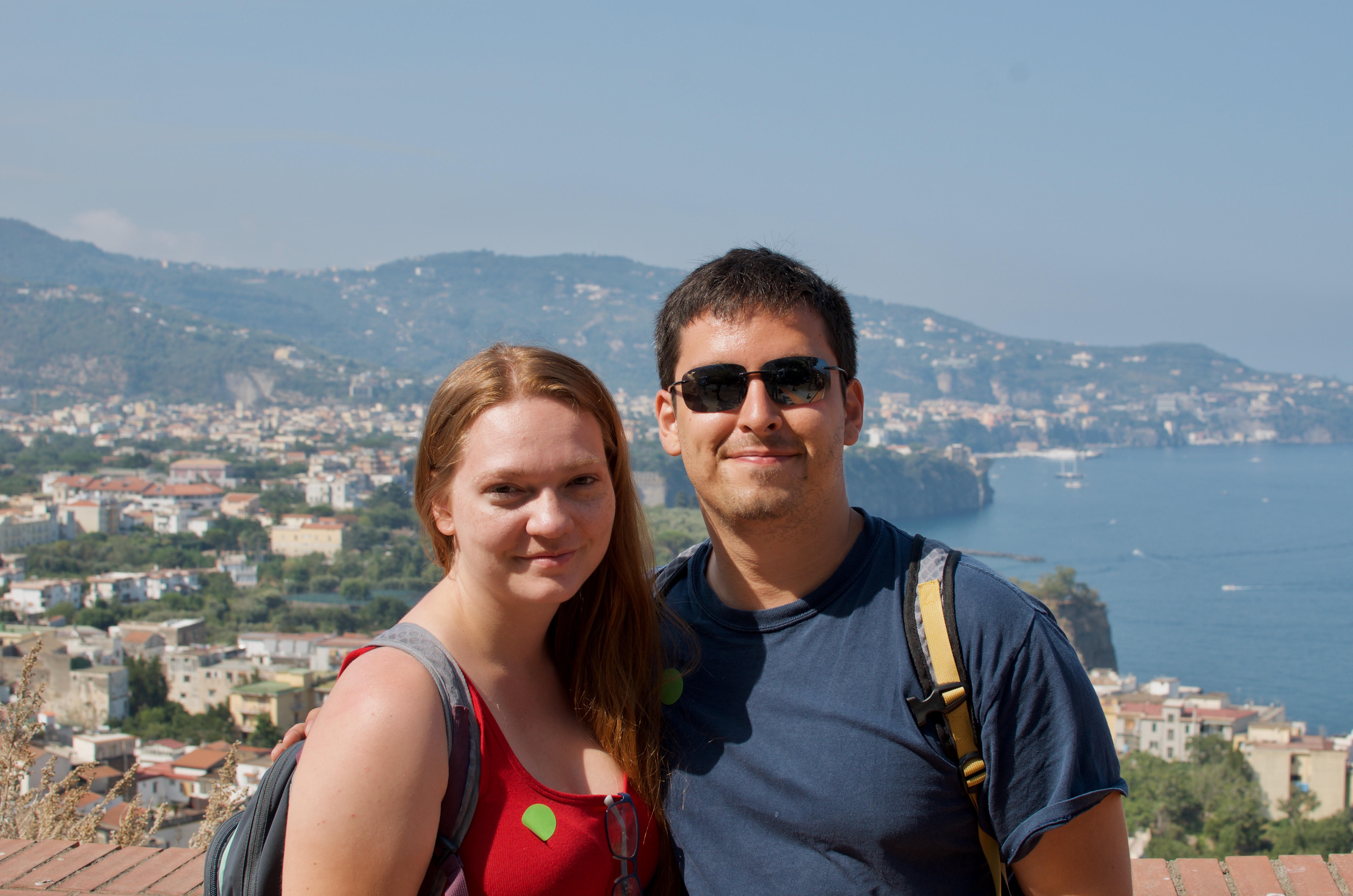 In Campania we found the Italy we had been looking for. Cinque Terre was too busy. Florence went by too fast. Rome was unbearably hot. Campania, Italy was just right. Naples, Pompeii and the Amalfi Coast had all the charm we had been looking for- small towns, incredibly welcoming people and the best pizza I have ever tasted. But of course, this Italian charm came with a whole lot of crazy.

Here is a more detailed Itinerary to Italy!

Between the lack of road rules, unexpected attraction closures and the most intense winding roads I’ve ever had the pleasure of traveling on, it was a crazy three days. We ended our time there exhilarated but slightly terrified at all that had taken place.

Walking down into Positano

During our travels in this region we were based out of Naples. When we finally got there after missing our train from Rome (read about our transportation fail here) our Airbnb host picked us up from the train station.

He was a gentleman, and one of my favorite hosts to date. By profession he is a taxi driver, and he drove us around the city each morning in order for us to get to our tours on time. These were terrifying drives. Not particularly because of him, but because of the roads in Naples. Cars drove haphazardly in no apparent lanes. Roundabouts seemed to have no rules except “Go”, whether or not there was oncoming traffic. Our host laughed at us when we expressed concern for what we were witnessing, and then proceeded to stop the car without pulling over. He got out in the middle of the road to show us the view of the Bay of Naples.

Ceilings of the bathouse

Every morning was a new realization. Cars don’t yield right of way. Cars don’t yield for pedestrians. It was absolute chaos. Being a passenger in Naples was scary enough, I cannot imagine what it would have been like navigating through the city ourselves. Naples has no road rules that are followed. Whether a pedestrian or a driver, watch out for others, as you can be fairly sure that they are not concerning themselves with watching out for you!

Attractions can shut down unexpectedly

Throughout our honeymoon we hadn’t had the best track record with tours. We missed our tour of Buckingham Palace in London and came very close to missing out on The Vatican. We vowed no more! So when we showed up at 7:45 AM at the Pompeii tour meeting point and no one was there, dread set in. Had we done it again? Around 8:05 our tour guide strolled in and with a sigh of relief we realized that for once, it was not us that was late. We traveled on to the buried city, where we saw the amazing ruins and got to live through a day where heat records were broken (122 Degrees Fahrenheit).

Stray dog in the baths, I seriously considered trying to take him home

Artifact room, plus plaster cast of body found during excavations

We tested out acoustics in small amphitheatres, toured Roman baths, saw original paintings on walls, and strolled around an ancient brothel. By the end of our tour, I couldn’t bear to think of what it was going to be like to embark on the next part of our day: climbing Mt. Vesuvius in the extreme heat. The national park had just been reopened to the public after weeks of mysterious (read: suspected Mafia caused) fires. Right before we were set to start off on part two of our day, we were informed that the park was closed again. This time it was due to extreme humidity.

Tours getting cancelled can cause a lot of frustration. Entire attractions shutting down can feel even worse, especially if you’ve travelled a long way. Fortunately for us, this was not quite the case. We were half relieved to be given a chance to escape the heat, and half relieved this happened for reasons entirely out of our control, for once. Attractions can shut down unexpectedly, but it is not always a horrible thing.

The road to the Amalfi Coast is not for the fainthearted

Our second day started with another tour, this time to the lesser-known but still famous Amalfi Coast. We stopped in at a Limoncello factory where we had many, many samples, and then the crazy ride began.

Viewpoint looking down towards Positano

We climbed up and up and up, passing numerous lemon groves and the town of Sorrento. Our guide told us stories of the sirens in the sea, made famous by Homer’s Ulysses. I was so entranced by the beauty in the hills and the stories being told that I never thought to look down. Looking down was a mistake. It was the most winding and most narrow road I have ever been on. Tour buses do not fit, and our 8 person van was having a hard time turning around tight corners. There were multiple times we had to wait for oncoming traffic to clear, just so we could make the wide turn needed to get us around the bend.

View of the town of Positano

But oh boy were the views worth the anxiety of the barrierless cliff. Before reaching our destinations of Amalfi and Positano we stopped at viewpoints looking down on the town from afar. This was the Italy I had dreamed of. Once we finally made it down the hill, the towns themselves were beautiful. We swam in the sparkling blue water of Positano and viewed the town of Amalfi from a boat. The road to get to the Amalfi Coast is terrifying, but if you can get past the heights beauty is (literally) round around the corner.

View of Amalfi from the boat

Get to know the locals!

Our time in Campania, Italy was different than previous destinations in Italy for one big reason: the locals. The Airbnb we stayed at had the kindest host and the best taxi driver in all of Naples. Every morning, even if it was at 7 am, we awoke to a full breakfast spread on the porch. He was always excited to talk to us, and made our time in Naples so much better.

Our breakfast of champions

We decided to walk around the city looking for food the first evening, and strayed away from the tourist district. Our reward was the best pizza in all of Italy (and we had been searching far and wide). We met a waiter who enjoyed chatting with us, and when we returned for the second day in a row he seemed legitimately overjoyed to have us return.

The best pizza in Italy!

On our tour of the Amalfi Coast, we finished off our long day by visiting a tiny town. Here we had a mozzarella cheese tasting. Not in a store, but fresh from the cheesemakers and machines that mixed it right in front of us. Mozzarella will never be the same.

Thanks to the locals, we were able to go “behind the scenes” of the region and avoid tourist traps. Getting to know locals is always the most valuable resource in a destination.

The time went by in a crazy blur. Our days were filled with sightseeing and our evenings were spent eating pizza and drinking limoncello. The region of Campania, Italy was beautiful, with just enough crazy to fit into our tales of truthful travel!