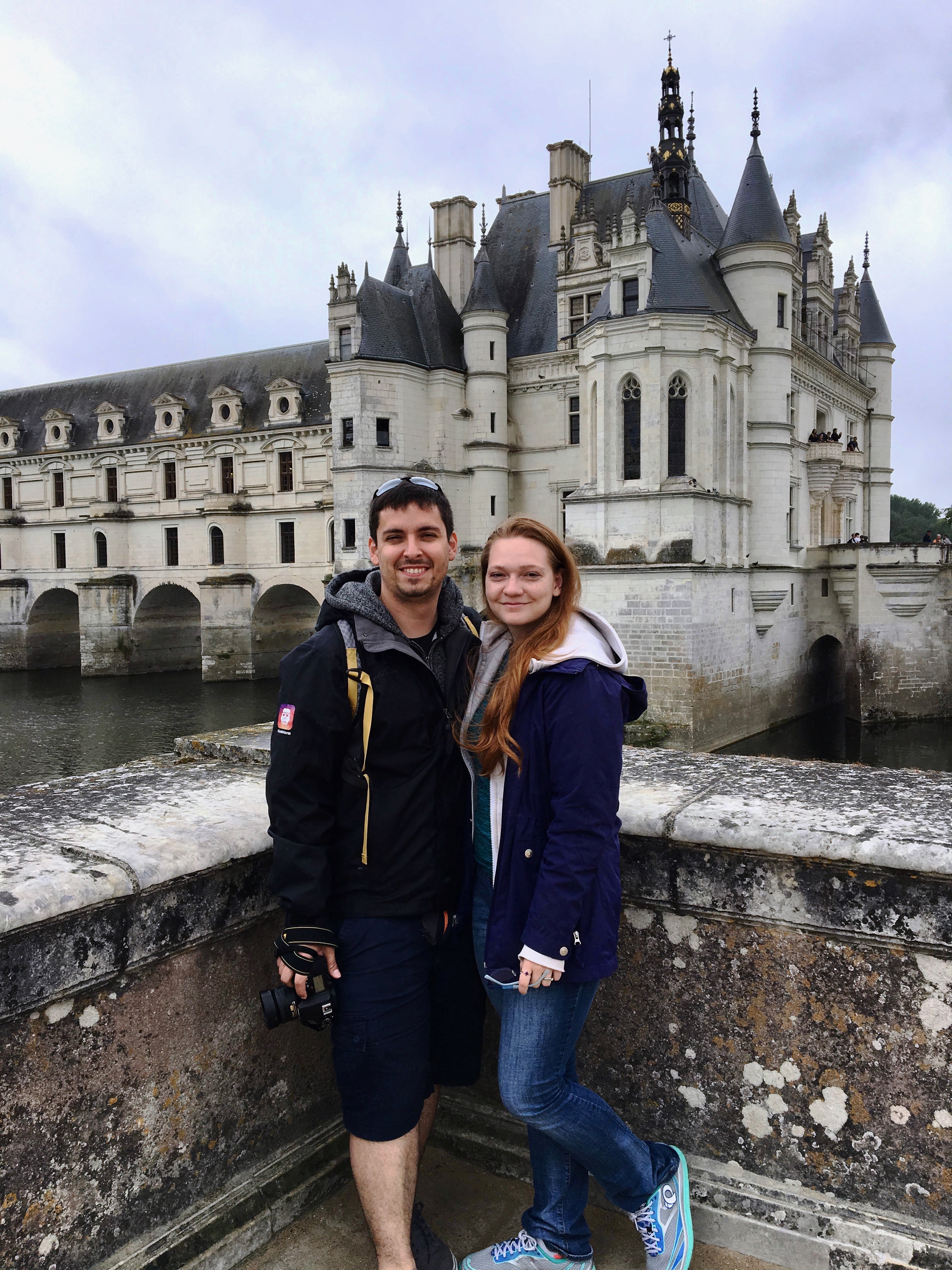 France is so much more than Paris. Our time exploring a war memorial, a charming town on an island, and royal castles proved this to be very, very true.

We left Paris with happy hearts and tummies full of pastry, hoping that our adventure would continue to be as blissful as our few days in the City of Light had been. Instead of taking a route straight down to the French Riviera, as is common, we decided to drive up to Normandy and then down through the Loire Valley. As is a recurring pattern in our travels, things did not end up as projected. Closed stores, wrong information, and crowded castles made for some funny stories, but a more amazing time than we could have imagined.

ALMOST everyone takes siesta breaks in the early afternoon

After heading out of Paris, our first destination of the day was Juno Beach. One of the Allied landing beaches on D-Day, it is a pretty significant part of history. Our time there was full of mixed feelings: we visited the museum dedicated to the Canadian troops who fought in World War II, and then swam in the very waters that the troops had landed in. It was hard to grasp the dark history of what had happened on the very sand we walked across.

After our somber but beautiful experience we decided to eat before leaving the town, as our next stop was hours away. We headed into the town to try and find something to eat. We were delighted at how empty all the restaurants were, until we realized every single one of them was closed for an afternoon break. An entire town with nowhere to eat. Due to growing hunger and frustration at wandering around, we caved and went to the one place open: McDonalds. After our wonderful meals the previous few days, I settled for a gourmet meal of six chicken nuggets, fries and a good old soft drink. It was probably the worst meal I had our entire honeymoon.

Lesson learned: respect the hours of siesta and eat around them, or eat McDonalds. This was a key piece of information that stayed forefront of my mind during every food decision from then on. And hey, it worked, because that was our one and only culinary experience at McDonalds in Europe!

Driving more than ten hours a day is a bad idea

After visiting Mont St. Michel, an abbey on an island, we had a few more hours of driving to get to our Airbnb. Since we stayed at the abbey for much longer than we expected, it was already dark by the time we left. The roads were quiet and dark and extremely uneventful.

The walking bridge to Mont St Michel from the mainland

Mont St Michel Website– If you plan on visiting check the tide tables to see when you can walk across the bridge to the island!

We had decided before our trip that Adrian would be doing all the driving throughout Europe, as he has over ten year’s experience compared to my one. About an hour before we reached our destination for the night, it became apparent that he was having a hard time staying awake. We had woken up in Paris, spent hours at a beach, and then driven across the region to visit a town on an island. Overall, we had been driving for more than 10 hours at this point.

The abbey is so beautiful during both day & night

I was also exhausted, but mustered up all the energy left within me. The best thing I could think of that late at night was to give a minute by minute update of how far we were from our destination and how many minutes we had left. I never thought I would have to say “10 miles left! Only 10 miles! Oh! 9.9 miles left! You’ve got this!!!” with so much enthusiasm, but that is what I did for almost an hour. Thanks to my husband being an absolute titan and in part thanks to my cheerleading, we made it to our accommodations safe. Looking back it is funny, but it was one of the more scary moments of our honeymoon. If you need to excitedly read out the information your GPS is giving you, you’ve been in the car way too long.

Even castles have a capacity

Our to-do list for the next day included finding and visiting castles. Our highlight of the day was a castle we had picked to visit months in advance: Chenonceau. The castle grounds were beautiful, with gardens, a Rapunzel-style building, and the castle itself is located on top of a river.

As we ventured into the castle and through the rooms with an audio guide, I started to feel more and more claustrophobic. It seemed like every room we entered there were more people. This claustrophobic feeling hit an all-time high as we descended into the basement, where rooms were small and ceilings low. I had to leave before seeing everything as anxiety set in. I completely missed out on the kitchens and I have no idea what else the basement had to offer, as I escaped the masses before I could find out.

You can see more of their floral arrangements on their Instagram page!

One concern I did not foresee while visiting a castle is that it may get very full. With the many rooms and floors you would think that the amount of people would not matter. But since the tours in the castle are all led by audio guide, people can roam freely and linger. Also as you can imagine, old castles do not have air conditioning. A lot of people in tight spaces make for a sticky and cramped experience. Even castles get full!

France is so much more than Paris

Paris is the most famous area of France, and arguably also one of the most famous areas in the world. But as we learned by driving through the country, France is huge! There is so much to discover. I had no idea you could swim at Juno Beach. There was an unexpected light show at Mont St Michel. In the Loire Valley our Airbnb host recommended Chateau Amboise, which we visited in our way to Chenonceau. Not only was it a beautiful castle, we stumbled upon Leonardo Da Vinci’s tomb on the castle grounds.

The history of Leonardo Da Vinci’s connection with Amboise

The castle is built in the middle of town, with houses surrounding its walls

France has so much to offer, and has so many unexpected sights outside of the city. My recommendation if you’re visiting France would be this: find an area outside of Paris. Schedule time to spend a few days there. Wander around and find beautiful places. Just remember: work your meals around siesta time, try to avoid long hours driving, and expect crowds.

We hope to return to France to follow our own advice, and I am sure that when we do it will still be filled with mishaps and surprises. No matter how much you plan, it will always end up totally different. Unexpected, truthful travel.